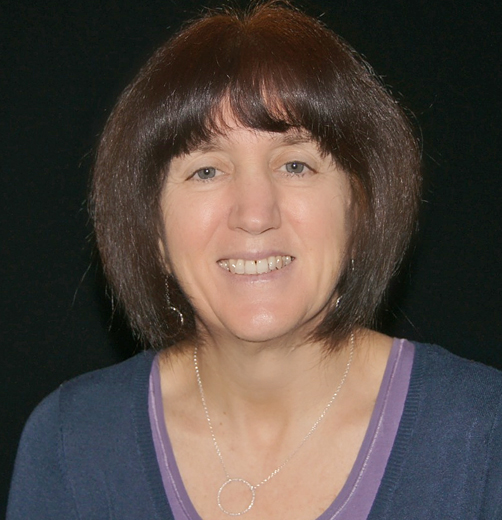 Kelly is originally from New Hampshire, and first came to England as a university exchange student before eventually settling in Cobham more than 30 years ago. She started her career in teaching at the American Community School before moving to British Airways where she worked as a computer programmer for 12 years. She is currently working in a local sixth form college as an A’ level Chemistry teacher and a Head of Year. She has two sons, both of whom live in San Diego, and a much-loved grandson. In addition to occasional preaching, she is also on the prayer and intercessors teams at St Andrew’s and can be seen running every morning at 6 am!

I am Tori, married to Bryan We are both completing our training as Curates here at St Andrews for 3 years. We are sharing the work of ministry and looking after our children as we go. I am originally from Lincolnshire and Bryan is from the USA, however we have moved around a bit, spending time living in different countries, on a sailboat, and now again in Surrey ! Prior to training for ordination, I spent many years working for the Local Authority as a social worker / manager and in my spare time have provided training and consultancy to different Charities and dioceses on Domestic Abuse and Safeguarding.

Together, Bryan and I are lovers of Jesus and have known his presence, guidance, love and rebuke throughout our walk with him, so far! Despite not knowing God until adulthood, I have since come to know that I would not be complete without faith in Jesus, but this does not mean my faith is complete, but that I journey along, just like the rest of us.

I am Bryan, married to Tori. We are both completing our training as Curates here at St Andrews for 3 years. We are sharing the work of ministry and looking after our children as we go. I am originally from the USA and Tori from Lincolnshire, however we have moved around a bit, spending time living in different countries, on a sailboat, and now again in Surrey ! Prior to training for ordination, I spent many years working for a large multinational company, giving me the opportunity to travel the world and be involved in working with the UK government on renewable energy development.

I am a lover of Jesus and have known his presence, guidance, love and rebuke throughout my walk with him, so far! My passions are about people knowing God and as a couple we love to encourage others and to see people flourish in their lives and be transformed by faith in Jesus. We don’t of course always get things right, but we do know we are all loved by our father God in heaven and that Jesus will always love and care for us, particularly when times are hard. As for hobbies, whilst juggling ministry, study, parenting children, and managing to keep the house a little bit tidy we are all out of time for hobbies! Although we do love sailing, growing vegetables, cooking or a good adventure! 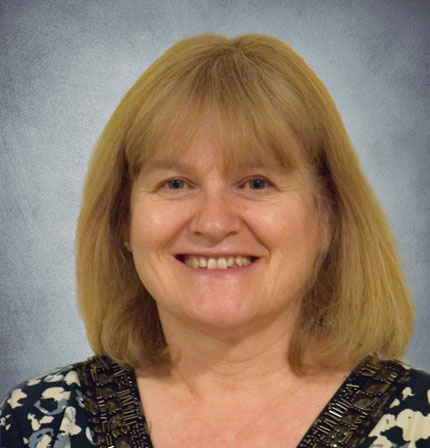 Elaine joined the St Andrew’s team in August 2014 as Communications and Administration Manager, which essentially covers anything that needs doing! Elaine loves her job.

After graduating, Elaine work for 15 years in various sales and marketing roles for IBM, After leaving IBM to look after her family, Elaine was involved in numerous voluntary projects. Elaine is married to Simon, and they have 2 grown up daughters. 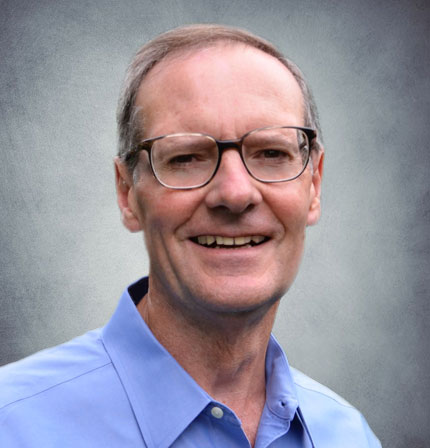 Paul was born and raised in Zimbabwe and obtained a business degree from the University of Cape Town. His career as a senior executive with well-known multinational healthcare organisations has meant some interesting family moves, from Johannesburg to Philadelphia to Zurich and finally to Cobham in 2011. Since then, St Andrew’s has become an increasingly important part of his life culminating in his appointment as Churchwarden in October 2020.

Paul is married to Liz and they have two daughters, Megan and Cath. 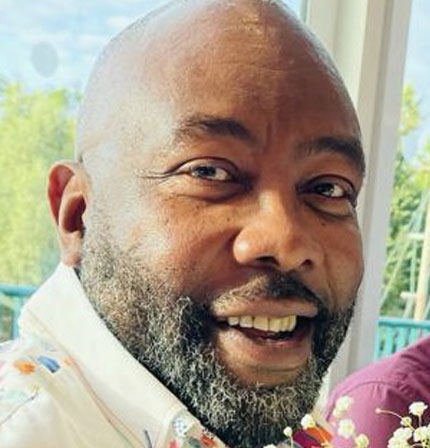 Sam first came to St Andrew’s in 2006 when his daughter Ruby was being baptised and has continued to worship here ever since. Having moved to Cobham a year earlier, he sought worship at a couple of other churches within the area but found a home at St Andrew’s due to the warmth and love shown by the other members of the church.
Sam has served on various committees at St Andrew’s such as the Eco, Property & Giving committees during this period and as a committed Christian relish the opportunity to be more and more involved in the work of the Church. 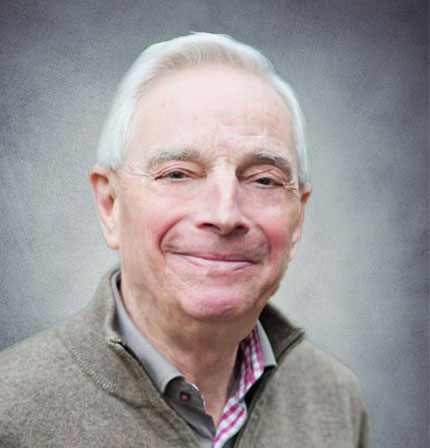 Leonard Beighton left the Church on leaving school, but in mid-life joined St Andrew’s when he felt a spiritual emptiness. He has since filled a number of lay roles, including have been secretary of the Church Council for many years. A career civil servant, he has spent much of his retired life in a wide range of international, national and local charities and non-governmental organisations. 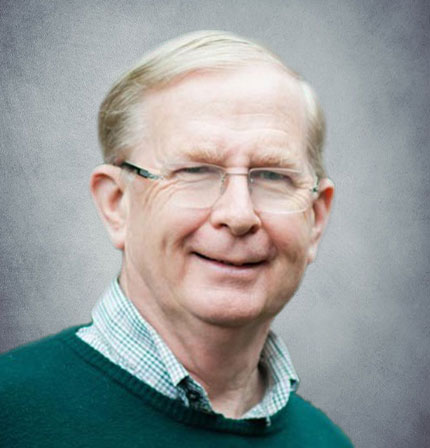 Malcolm graduated from the LSE in 1970 with a degree in economics and accountancy. He qualified as a chartered accountant in 1973 at Peat Marwick & Mitchell (now KPMG). He worked in accounting and eventually administration in the London branches and subsidiaries of 5 international banks until retiring in 2009. Malcolm moved to Cobham in 2013 and became Treasurer at St Andrews in 2015. 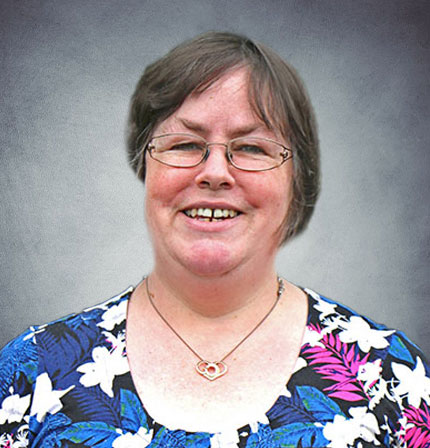 Cathy has been an integral part of St Andrew’s since she joined our church in 1988 and is a leading member of the choir as well as being an occassional preacher. After running a series of evening services in the 1990’s, she completed a 12 week preaching course in 2008 and continues to preach on occassions today.

Cathy has a strong muscial background and is currently Head of Music Resources at the Yehudi Menuhin School in Stoke d’Abernon. During the musical interregnum at St Andrew’s she was responsible for leading the St Andrew’s Youth (SAY) choir as well as selecting all music for our 10am Sunday services. 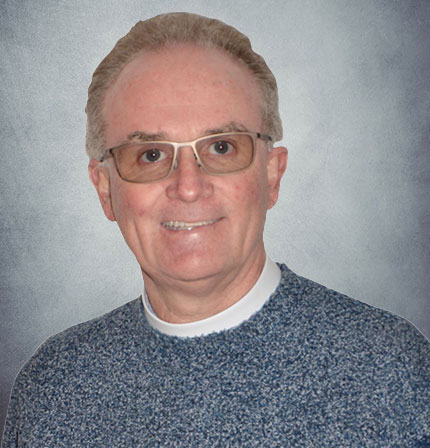 Mike Branscombe was ordained in Lichfield Cathedral in 1995. He served in two churches in the USA for 12 years before moving back to the UK. Mike spent the last 3 years at the Birmingham city centre church of St Martin in the Bull Ring, where he was Director of Care and Discipleship.

During the last year he was acting as Rector of St Martin’s during the interregnum, leading a group of clergy and lay colleagues. He and his wife, Margaret, have adopted two Chinese girls.

We use cookies on our website to give you the most relevant experience by remembering your preferences and repeat visits. By clicking “Accept All”, you consent to the use of ALL the cookies. However, you may visit "Cookie Settings" to provide a controlled consent.
Cookie SettingsAccept All
Manage consent

This website uses cookies to improve your experience while you navigate through the website. Out of these, the cookies that are categorized as necessary are stored on your browser as they are essential for the working of basic functionalities of the website. We also use third-party cookies that help us analyze and understand how you use this website. These cookies will be stored in your browser only with your consent. You also have the option to opt-out of these cookies. But opting out of some of these cookies may affect your browsing experience.
Necessary Always Enabled
Necessary cookies are absolutely essential for the website to function properly. These cookies ensure basic functionalities and security features of the website, anonymously.
Functional
Functional cookies help to perform certain functionalities like sharing the content of the website on social media platforms, collect feedbacks, and other third-party features.
Performance
Performance cookies are used to understand and analyze the key performance indexes of the website which helps in delivering a better user experience for the visitors.
Analytics
Analytical cookies are used to understand how visitors interact with the website. These cookies help provide information on metrics the number of visitors, bounce rate, traffic source, etc.
Advertisement
Advertisement cookies are used to provide visitors with relevant ads and marketing campaigns. These cookies track visitors across websites and collect information to provide customized ads.
Others
Other uncategorized cookies are those that are being analyzed and have not been classified into a category as yet.
SAVE & ACCEPT